Successful Dyslexics: Carol Greider
By Antonella Vaccarino for the Reading Well for Dyslexia 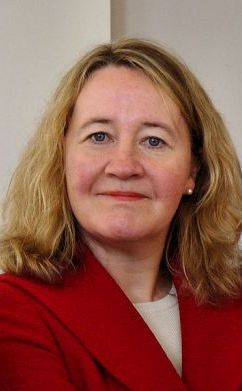 Who would have thought that a Nobel Prize laureate would ever have considered herself as “stupid”? But that is exactly what Carole Greider thought when she was growing up. Greider, the daughter of two scientists, remembers her early school days as being very difficult. A poor speller, she was taken out of her regular classes for remedial training but still received D’s and F’s in her English classes and performed poorly in standardized tests.

To avoid the embarrassment of mispronouncing new words she would memorize how to spell them. Even when she had children of her own - “Reading when my kids were small; reading dinosaur books, I couldn’t do it.  All those dinosaur names, I would pronounce them wrong every single time.  Unless I could memorize them, like triceratops, I can get that one now. And ichthyosaurus but that’s only because I memorized it.”

There was no system for identifying dyslexia and learning disabilities when she was young, leaving her in the dark about her dyslexia.  Only when she read several books about the subject after her son struggled with his reading did she make a connection between her own difficulties and dyslexia.

Though Greider struggled with learning, she credits these struggles in helping her to focus.  “Learning compensatory skills also played a role in my success as a scientist because one has to intuit many different things that are going on at the same time and apply those to a particular problem. Perhaps my ability to pull more information out of context and put together difficult ideas may have been affected by what I learned to do from dyslexia.”

In 2009 Greider won the Nobel Prize for Medicine for having discovered telomerase, an enzyme which plays a major role in human disease and aging.

“I always thought that I was kind of stupid.” “Looking back, years later I think, ‘You know, maybe, there was really something (dyslexia) going on here’”.

“I learned that I had to work hard.  But maybe because I was putting myself in a different category because there wasn’t anyone around to say, ‘It’s not because you’re stupid, it’s because you have this other issue,’ which I can now say to my son.”

“Look, I’m a professor at John’s Hopkins. Just because you’re dyslexic, doesn’t mean you can’t do anything you want to do.”

Return to the top of Carol Greider