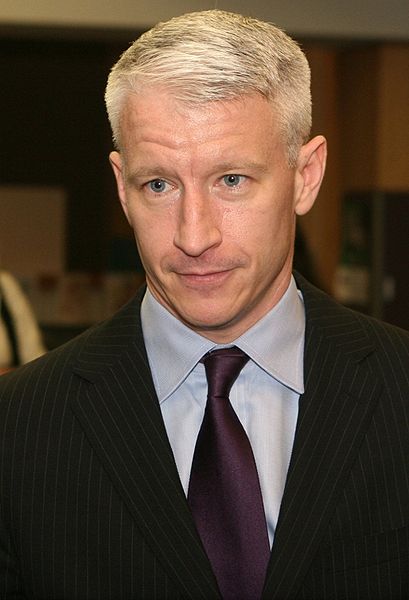 Anderson Cooper was born on June 3, 1967, in New York City, the younger son of the actress, artist and heiress Gloria Vanderbilt and the writer Wyatt Cooper. His television career began early, appearing on the Tonight Show at the age of three with his mother.

Tragedy followed, as he lost both his father and brother by the time he was just 20 years old.

Despite the tragedies that marked his early years, and a mild form of dyslexia which he says made some letters appear backwards, Cooper thrived in school, graduating from the prestigious private Dalton School and later Yale University before going on to a career in journalism.

He interned at the Central Intelligence Agency for two summers, but spying was not his destiny. His 'news junky' nature lead to a correspondent position for ABC News in 1995, and later an anchor post at CNN. Today he is one of the most recognizable personalities on television hosting his own news program, Anderson Cooper 360. He had also hosted his own talk show Anderson Live until May 2013. He has won 5 Emmy awards for his reporting on subjects from Princess Diana's funeral to the earthquake in Haiti.

Greatly helped by the support of his family and through his own personal determination Cooper simply refused to let personal tragedy or his dyslexia stand in the way of his success.

“Hope is not a plan”

“I don't like anything that scares me, and I prefer to face it head on and get over it. Anyone who says they're not scared is a fool, a liar or both. I just don't want that fear in my stomach to be part of my life, so I work to eliminate it.”

“The tide of history only advances when people make themselves fully visible.”

Return to the top of Anderson Cooper.