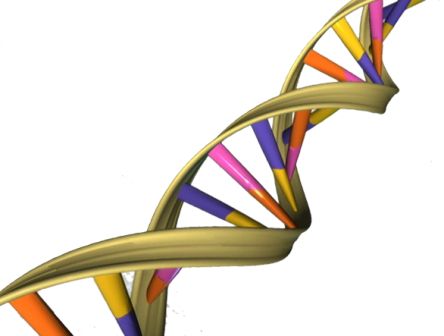 Developmental dyslexia is not so much a type of dyslexia, it is dyslexia.

In fact the definition of it would be the same as our definition of dyslexia generally: Extreme difficulty reading caused by a hereditary, brain based, phonologic disability.

Use of the term primarily distinguishes between genetic and acquired forms of dyslexia. Acquired forms typically result from stroke or head trauma for example, they present very differently and can diminish over time, whereas developmental dyslexia is a life long condition.

One could argue that acquired dyslexia(s) are not dyslexia at all, but a different kind of reading disability altogether because they are not genetic and not present at birth. But remember that the literal definition of dys-lexia is difficulty with words, and so the term can apply broadly to reading difficulties, leading to a lot of confusion when trying to identify or diagnose.

The usual kind of dyslexia is present at birth because it was inherited and then 'develops' during the first years of life, with some symptoms visible as early as 6 months to a year.  It reveals itself in a neurological processing problem that inhibits the ability to decode and recall words easily, resulting in poor reading skills. It is not something that one grows out of later in life.

For more details on what dyslexia is and is not, see our "What is Dylexia?" page.

Personalized - Respects the specific language needs of the learner

Systematic - Information is presented in an ordered way that considers both the new material being taught and past material taught.

Incremental - Learners move step by step from simple, well-learned material to that which is more and more complex, mastering each along the way.

For more comprehensive information see our page on Orton Gillingham. For information on programs based on Orton Gillingham or similar, successful methods, see our Treatment page.Finally, assistive technology such as text to speech readers and audio books are increasingly important parts of any effective learning plan.

But overall, even readers of languages as diverse as Chinese revealed similar phonological deficits, suggesting that dyslexia is universal, varying only in degree.

Developmental dyslexia refers to dyslexia which is genetic and present from birth, subsequently 'developing' over the course of time. Most of the pages on this site are dedicated to this kind of reading disability.  For more information see our pages on symptoms, causes and programs that work.

Research has found that dyslexia is universal, and found in every country and under every language. Still, there is variation in the degree of reading difficulty, with some languages revealing less severe forms of the learning challenge.

Return to the top of Developmental Dyslexia