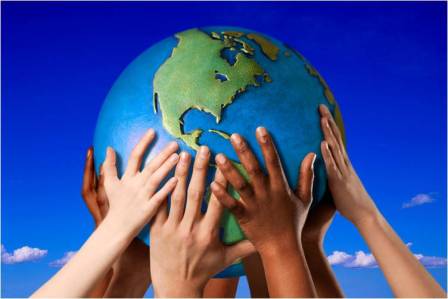 Definitions from Around the World

Dyslexia is a specific learning disability that is neurobiological in origin. It is characterized by difficulties with accurate and/or fluent word recognition and by poor spelling and decoding abilities. These difficulties typically result from a deficit in the phonological component of language that is often unexpected in relation to other cognitive abilities and the provision of effective classroom instruction.

Secondary consequences may include problems in reading comprehension and reduced reading experience that can impede growth of vocabulary and background knowledge.

In addition to these characteristics, the British Dyslexia Association acknowledges the visual and auditory processing difficulties that some individuals with dyslexia can experience, and points out that dyslexic readers can show a combination of abilities and difficulties that affect the learning process. Some also have strengths in other areas, such as design, problem solving, creative skills, interactive skills and oral skills.

There's no cure for dyslexia. It's a lifelong condition caused by inherited traits that affect how your brain works. However, most children with dyslexia can succeed in school with tutoring or a specialized education program. Emotional support also plays an important role.

4) Wikipedia Dyslexia Definition
(As of May 2013, US/International)

Dyslexia is a broad terminology defining an anomalous approach to processing information and learning disability that impairs a person's fluency or comprehension accuracy in being able to read,and which can manifest itself as a difficulty with phonological awareness, phonological decoding, processing speed, orthographic coding, auditory short-term memory, language skills/verbal comprehension, and/or rapid naming. However dyslexia can increase the capacity to think and perceive multi-dimensionally and can help further utilize the brain’s ability to alter and create perceptions.

Dyslexia is distinct from reading difficulties resulting from other causes, such as a non-neurological deficiency with vision or hearing, or from poor or inadequate reading instruction. It is believed that dyslexia can affect between 5 and 10 percent of a given population although there have been no studies to indicate an accurate percentage.

Adult dyslexics can read with good comprehension, but they tend to read more slowly than non-dyslexics and perform more poorly at spelling and nonsense word reading, a measure of phonological awareness. Dyslexia and IQ are not interrelated as a result of cognition developing independently.

5) National Institute of Neurological Disorders and Stroke Dyslexia Definition (2013, US)

Dyslexia is a brain-based type of learning disability that specifically impairs a person's ability to read. These individuals typically read at levels significantly lower than expected despite having normal intelligence. Although the disorder varies from person to person, common characteristics among people with dyslexia are difficulty with phonological processing (the manipulation of sounds), spelling, and/or rapid visual-verbal responding. In individuals with adult onset of dyslexia, it usually occurs as a result of brain injury or in the context of dementia; this contrasts with individuals with dyslexia who simply were never identified as children or adolescents.  Dyslexia can be inherited in some families, and recent studies have identified a number of genes that may predispose an individual to developing dyslexia.

As with other learning disabilities, dyslexia is a lifelong challenge that people are born with. This language processing disorder can hinder reading, writing, spelling, and sometimes even speaking. Dyslexia is not a sign of poor intelligence or laziness. It is also not the result of impaired vision. Children and adults with dyslexia simply have a neurological disorder that causes their brains to process and interpret information differently.

Dyslexia occurs among people of all economic and ethnic backgrounds. Often more than one member of a family has dyslexia. According to the National Institute of Child and Human Development, as many as 15 percent of Americans have major troubles with reading.

A.  Reading achievement as measured by individually  administered standardized tests of reading accuracy or comprehension is substantially below that expected given the person's chronological age, measured intelligence, and age-appropriate education.

B.  The disturbance in Criterion A significantly interferes with academic achievement or activities of daily living that require reading skills.

C.  If a sensory deficit is present, the reading difficulties are in excess of those usually associated with it.

Some critics of dyslexia have tried to make the case that there is no agreed upon understanding of the term. But our brief survey of definitions from leading authorities finds convergence on a common understanding:  Extreme difficulty reading caused by a hereditary, brain based, phonologic disability.

Defining one's terms is always important but don't let semantics get in the way of providing effective support to struggling readers.

Back to the top of Dyslexia Definition