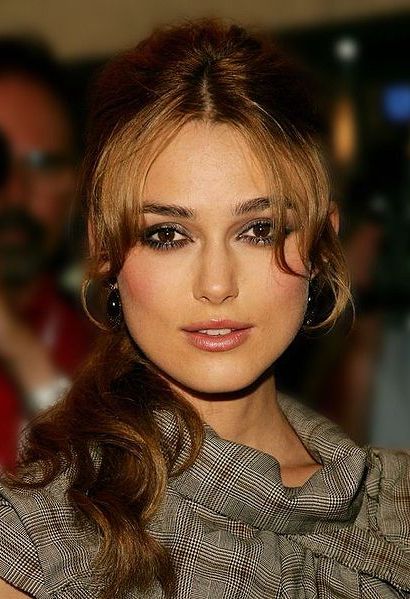 Keira Knightley was born in the South London suburb of Teddington, daughter of actor Will Knightley and actress/playwright Sharman Macdonald. By the age of three she already knew she wanted to act and by six had an agent of her own.

At the age of seven it was discovered that Keira had severe difficulties in reading and writing. She remembers excruciating experiences of being called stupid by many kids at her school and an audition where she couldn't read her lines.

Knightley had a supporting role as Queen Amildala's decoy in Star Wars Episode I: The Phantom Menace, but her breakout role in Bend it Like Beckham opened the door to playing Elizabeth Swann in the blockbuster Pirates of the Caribbean series of films. Later, she has nominated for an Academy Award for her role as Elizabeth Bennet in Pride and Prejudice (2005).

Today she is the only non- American on the list of highest-paid actresses.

Knightley gave birth to a baby girl in May of 2015 with husband James Righton, giving the successful dyslexic more to juggle than ever before.

“I was – am – dyslexic and the way she <her mother> got me over it was to say: ‘If Emma Thompson couldn’t read, she’d make ------- sure she'd get over it, so you have to start reading, because that’s what Emma Thompson would do”

“I am a slow reader. I always loved words, which is a strange thing given that I couldn't actually read them”

"My upbringing is why I am the person I am today. I have very wise parents"

Return to the top of Kiera Knightley