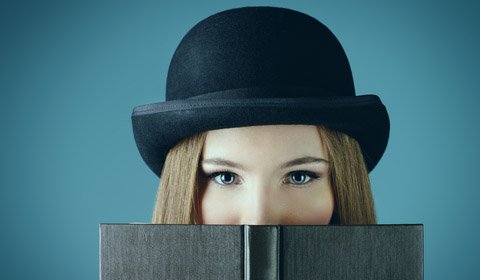 Below is a look at some of the major fonts developed for dyslexics, why they were developed, how they are supposed to work, and what the research (if any) has shown about them thus far.

The terms Font and Typeface are often used interchangeably, but in fact they have different meanings...

Font: The delivery mechanism for printing. The medium

Typeface: Refers to the artistic design of the letters, numbers and symbols. The media.

One sentence captures the distinction...."I like the typeface of that dyslexia font."

A masters thesis by Renske de Leeuw of the University of Twente found Dyslexie had no effect on reading speed but found an overall reduction in reading errors. Dyslexie was compared only against Arial and the sample size for the study was just 43, including 21 dyslexic readers. Though often cited by the design studio, the study is essentially neutral on the font's benefit. Perhaps they think people don't actually read it.

OpenDyslexic was created by American Abelardo Gonzalez and released as a free and open source font in 2011. He said he was motivated by the fact that other similar fonts (read: Dyslexie) were unaffordable.

Similarities with the Dyslexie font resulted in some nasty emails from Dyslexie creator Christian Boer, but the font remains free and open source. 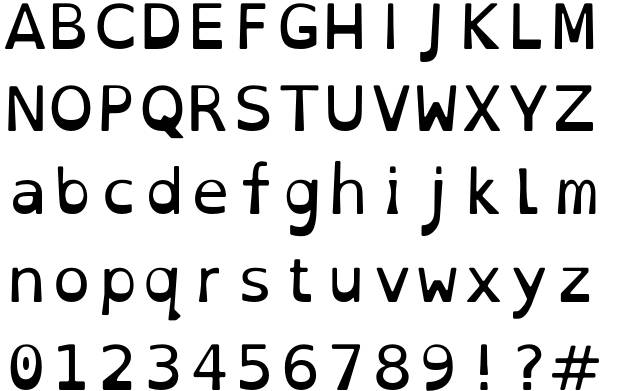 The OpenDyslexic Font is Definitely Similar to Dyslexie

The OpenDyslexia website itself ernestly notes that there have been no formal studies conducted on OpenDyslexic while pointing out that there exist studies on font features that have been incorporated into the font such as extra space between letters.

Other Dyslexia Fonts, in Brief

This dyslexia font was created by the designer of Dyslexie, Christian Boer. It's not clear why he created a second font, though the cost is apparently less, so it may have been to compete with the cheaper Open Dyslexic, but it aims to reduce the symmetry between letters, making them easier to distinguish.

Like Dyslexie, the base of each letter is heavier than most other fonts, helping to orient the letter correctly. A sample sentence is below.

Each character is designed to stand on its own and work together with its previous or next character. Ascenders (bdfhkl) and descenders (gjpqy) are longer than most fonts to ensure distinction. Spacing within the o, e, a and u is enhanced and the openings in e and g are kept from visually closing in.

I was unable to find any reference to research conducted on the font.

Designed by Keith Bates at K-Type and available for purchase at their website, Lexia Readable was designed as a more mature Comic Sans font, suitable for older readers (i.e. not just comic books). It was designed to be more legible at font sizes as small as 8 points. 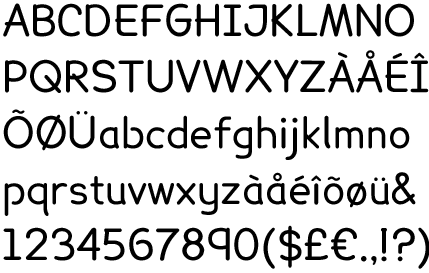 The Lexia Readable Typeface is Airy and Open

The Regular and Bold weights are free for use without a license by individuals, educational and charitable organizations. For pay, licensed packages are also available

Long ascenders and descenders combine with generous letter spacing and asymmetrical lowercase b and d to help distinguish letters - features seen in Dyslexie and OpenDyslexic. No research was found to have been conducted on the font.

Sylexiad is actually a collection of fonts designed by Dr. Robert Hillier, a Senior Lecturer at Norwich University College of Arts and sold at his website where he describes it as an 'ongoing design investigation'.

His PhD dissertation was conducted on the font, though focused mainly on reader preferences rather than reading speed or accuracy. Among his conclusions was that:

" for the majority of dyslexic readers tested it was the combination of handwritten style, uppercase forms, long ascenders and descenders, light weight, uniform strokes, perpendicular design and generous inter-word spacing that was preferred."

The failure of new fonts to make a significant difference vindicates a whole body of research that found dyslexia to be an auditory and cognitive processing impairment, not a visual one.

It's largely a myth that dyslexics see letters reversed, flipped or moving. Only a minority have such a problem. Therefore we should not expect a dyslexia font to have much of an impact.

Remember that decoding letters and words into meaning is a cognitive process that takes place in your brain, not your eyes! The input matters, but processing trumps all.

My own education in researching dyslexia font has lead me to the conclusion that fonts really don't matter much, so long as they are clean (sans serif) and have generous spacing between letters and words, but this is as true for dyslexics as efficient readers.

But by all means experiment with different fonts. Some people have been literally brought to tears by the freedom a new font provided but these are anecdotal accounts and probably exceptional circumstances.

There is no hard research demonstrating improved reading speed or comprehension for dyslexics from any font.

A lot of good intent and effort went into the creation of the fonts and the media has given them a lot of gab but something has been missing from the whole discussion: Science.

The cutting edge of dyslexia research is converging on the fact that dyslexia results from inefficient processing of words in the brain— the way that letters and words are manipulated, stored and retrieved.

How could a font result in new global patterns of neural processing? If you understand this limitation, fonts are almost a non-starter.

Much of the rational behind the fonts is actually based on myths about dyslexia—that dyslexia is a visual problem wherein readers reverse letters or spin them around or can't distinguish one letter from the next. This is not the case for most people with dyslexia, their problem lies in discriminating sounds, being able to manipulate phonemes, lack of short term memory and inability to remain focused.

Return to the top of Dyslexia Font and Style Guide